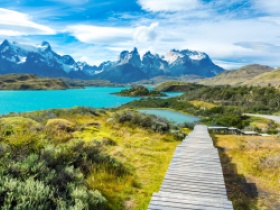 Your dream European vacation just got cheaper – 12% on a year-to-date basis to be precise (Full disclosure, this figure applies only to investors with US$ holdings). Have you been considering the purchase of Luxury European Made vehicle? Or perhaps the thrill of exploring Patagonia or hiking the Andes is more appealing to you? Well, all these options are substantially cheaper thanks to the fact that the US dollar has strengthened against most developed and emerging market currencies so far in 2022. Of course, the Jamaican dollar is a notable exception. Currency movements are making headlines for a variety of reasons. Let’s look at some of the biggest movers and what they mean for our consumption / spending choices.

European vacation or Luxury Car: This past week, the EURO depreciated below parity. It took US$0.997 to buy 1 Euro (vs. US$1.1370 to buy one euro at the end of 2021). This represents a 12.3% year to date depreciation and the first time since the early 2000’s that the EURO has weakened below parity. It is a great time for US dollar income earners to take a European vacation or buy European luxury cars. Many analysts believe that the depreciation is not solely a function of the rapid rise in U.S. interest rates, but also Euro-specific problems such as a weakening economy and the energy crisis induced by the need to replace Russian gas. European natural gas prices are almost 7 times higher now than they were at the same time last year. Certainly, European economists are hoping that the depreciation will lead to an increase in exports and GDP growth. However, that will be challenged by rising interest rates and the energy crisis.

South American Sojourn: In the first half of 2022, the Chilean Peso had depreciated from CLP851.81 / US$1 as at December 31, 2021 to CLP 1048.50/ US$1 in mid July 2022; a movement of 23%. At this point, the Central Bank committed US$25 billion or almost 50% of its international reserves to stem the depreciation. It worked to some extent – the exchange rate is now roughly CLP 920.71 to US$1. Chile recorded a large current account deficit in the second quarter of 2022, 8.5% of GDP – almost a tripling year on year. This is largely the result of heavy pandemic- related stimulus spending on the part of the Government (and consumers – as Chileans pulled US$50 billion from their pensions during the pandemic[1]) combined with a 16.5% year to date decline in copper prices (Chile’s largest export). The Central Bank Governor astutely surmised that the “The economy necessarily has to get out of this state of excess spending, and it has already begun to show the first signs”. There are also political and social factors contributing to the sell-off in the Chilean Peso. The country has a new leftist President, is set to vote on a new constitution in early September and a new tax bill proposing higher taxes is creating uncertainty among investors.

Caribbean beach: In contrast, it has become more expensive for a U.S. tourist or a European to take a vacation in Jamaica. The Jamaican dollar has appreciated by 2.13% moving from J$155.09 / US$1 as at December 31, 2021 to J$151.78 / US$1 as at August 2022. The movement can be credited to over US$500 million of sales of US$ currency into the market. This ultimately makes foreign goods cheaper for Jamaicans. So, it may just be the right time for you to take that vacation or buy that Luxury European Car.

Keeping up to date on currency movements can help you save 10% or more when planning a vacation or the purchase of a big-ticket item in foreign currency.

Marian Ross is Vice President, Trading & Investment at Sterling Asset Management. Sterling provides financial advice and instruments in U.S. dollars and other hard currencies to the corporate, individual and institutional investor. Visit our website at www.sterling.com.jm