Recession or no Recession, is that really the question? 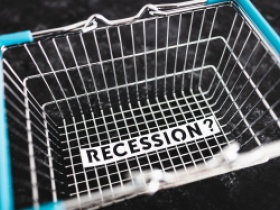 Ever since the U.S. (the world’s largest economy) contracted in the first quarter of this year, there has been speculation that the global economy could slip back into another recession. The odds were further boosted by the ongoing Russia-Ukraine war, unresolved supply chain issues and aggressive central bank rate hikes in response to alarming inflation levels. The U.S. economy contracted again in the second quarter and has met the technical definition of a recession. However, the National Bureau of Economic Research (NBER) which adjudicates on recession matters in the U.S. hasn’t yet made the official call and some analysts and economists are of the view that the NBER may not be inclined to do so due to the overall strength of the U.S. economy. Incidentally, the NBER defines a recession more broadly, as “a significant decline in economic activity that is spread across the economy and lasts more than a few months.” It is believed to monitor several economic factors, including nonfarm payrolls, consumer spending and industrial production. While these measures have been softening, the NBER may need to see further weakness, especially on the labor market front, before officially declaring a U.S. recession.

Should investors worry about a U.S. recession?

It is undisputable that the U.S. economy is slowing. It could even slowdown further in the coming months as the full impact of Fed hiking and its liquidity-tightening program will likely be felt in the months ahead. However, if ongoing weakness in the economy warrants the declaration of a recession, investors need not panic. Recessions are an inevitable part of an economic cycle and occur often in the U.S. since World War II, about one in roughly every five years. Also, they usually do not last very long. Indeed, the observed average duration of a U.S. recession since World War II has been just about 11 months. The recent Covid-19 recession, the shortest so far, lasted just 2 months while the great recession of 2008-2009 caused by the global financial crisis has been the longest at 18 months.

Recessions do lead to job losses and other financial difficulties for households but historically they offer excellent investment opportunities for long term investors. If confirmed, this recession is expected to be a mild one given the strong starting position of the U.S. labour market and the financial strength of consumers which have been providing some cushion against rising interest rates, inflation, and a softer economic outturn. Additionally, central banks usually tend to ease financial market conditions during a recession which usually benefit financial assets. However, investors should be mindful that the Fed is determined to restore inflation to its 2% target and is unlikely to end rate hikes soon unless there is a more significant downturn in economic activity and or sustained reduction in inflation. Consequently, markets may remain volatile in the months ahead, particularly if the economic data do not evolve as expected. As such, investors should remain vigilant and approach investing with caution. As always do consult with your trusted financial practitioner as you navigate these difficult times to determine what investment options are suitable for you.

Eugene Stanley is the VP, Fixed Income & Foreign Exchange at Sterling Asset Management. Sterling provides financial advice and instruments in U.S. dollars and other hard currencies to the corporate, individual, and institutional investor. Visit our website at www.sterling.com.jm